This report makes it clear that one of the main processing companies in charge of the highly toxic, hazardous waste produced by fracking repeatedly violates the standing legislation. Moreover, it confirms that successive government administrations have been aware of this situation for years, however they have reissued their permits and hurriedly approved new projects. This has been proved by an analysis of the official records on Comarsa, one of the main oil waste treatment plants in Latin America. 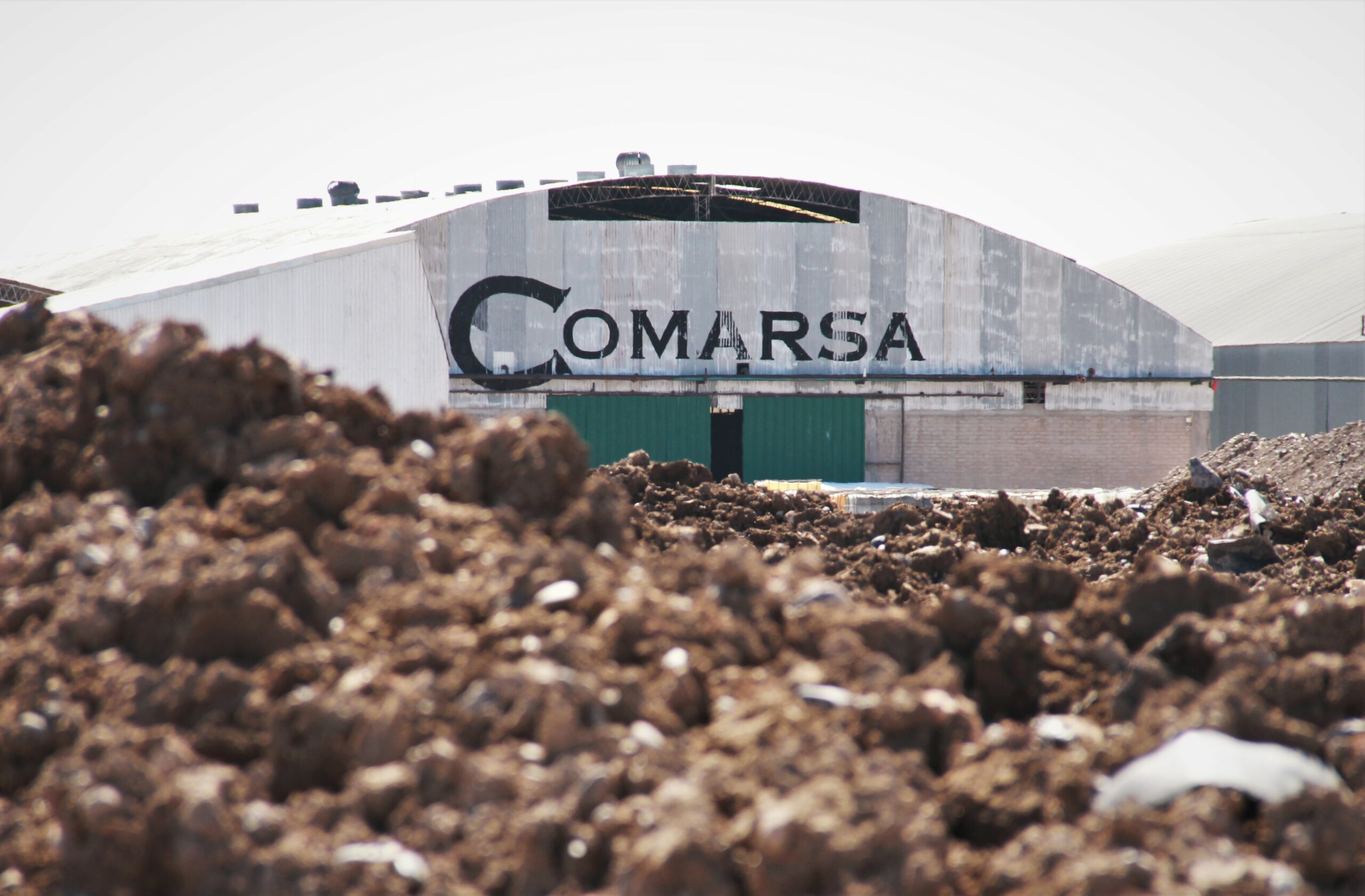 By OPSur, La Izquierda Diario and Taller Ecologista .- Chevron, Shell, and Exxon are three of the transnational firms that have hired this company’s services over the last few years, apart from other companies that operate mainly in Argentina, such as YPF, Pan American Energy (BP and Bridas), Tecpetrol, Vista Oil & Gas, Pampa Energía, and Pluspetrol. As waste generators, these companies are criminally accountable for whatever happens with the waste.

This information allows us to make a historical account of how the State has pursued this activity since 2013. The report was submitted by the Environmental Monitoring Bureau of the Province of Neuquén to provincial representative Andrés Blanco (PTS-FIT). The Argentine province of Neuquén is home to the Vaca Muerta hydrocarbon formation, one of the largest unconventional hydrocarbon reservoirs in the world, according to the US Energy Information Administration (EIA).

In the report, prepared by Taller Ecologista, La Izquierda Diario and Observatorio Petrolero Sur, the following facts stand out due to their seriousness:

The records under analysis show that local, provincial and national authorities are fully aware of Comarsa’s acts of pollution. In other words, the government compliance has ensured total impunity for Comarsa. At the same time, waste-producing oil companies are owners of these toxic materials, as well as responsible for their proper handling.

Comarsa’s first plant, which still covers 19 hectares today, was built in 2009 at the industrial complex of the city of Neuquén, less than one kilometer from densely populated areas. In 2015, after protests from the population, a provincial decree stated that the facilities should be relocated at least 8 kilometers away from the inhabitants, giving the company a two-year window to do so. The plant was shut down on a date that exceeded the deadline. Today, it continues to carry out an unduly slow bioremediation process.

In 2016, the company started the procedures to relocate to a 29-hectare land granted by the provincial government in the outskirts of Añelo, a small town and the hub of Argentine fracking.

In February 2020, a slum sprouted mere meters away from the plant’s perimeter, which exacerbated the hazard.

The exploitation of Vaca Muerta entails the proliferation of fracking wells, as well as the need for other inputs, such as hundreds of thousands of tons of sand, millions of liters of water (obtained mainly from the Neuquén and Negro rivers), and thousands of liters of chemicals. These high levels of intervention (wells are often 4- to 6-kilometers wide) generate massive amounts of waste. A significant part of the liquids produced by each well are disposed of in injection disposal wells, that is, wells that reach permeable formations in the subsoil, where millions of liters are stored with the hope that they will not cause significant harm. Solid, semi-solid and liquid waste, on the other hand, are processed in oil dumps.

Oil waste mainly consists of cuttings (drilling muds) and flowback (return fluids from fracking), among others. These, apart from containing the chemicals used throughout the drilling and fracture process, usually carry substances from the subsoil, such as heavy metals—mercury, chromium, lead, cadmium, arsenic, etc.—and radioactive material of natural origin—uranium, thorium, radium and radon.

In December 2020, the Association of Environmental Lawyers of Argentina fileda criminal and environmental complaint against Comarsa, government officials, and oil companies. The complainant accuses the oil dump of health-hazard and  poisoning, adulteration or contamination of the soil, the water, the atmosphere, and the environment at large. It also questions  the accountability of public officials and of the waste-generating oil companies.

Andrés Blanco is a worker at the tile factory Zanon, which was taken over by its employees in 2001 and has been producing and functioning without a boss ever since. He is the Deputy Secretary of the ceramic workers’ union of the Province of Neuquén, and is currently in office as a Socialist Workers Party provincial representative within the Left Front – Unity (PTS/FITU).

Fernando Cabrera Christiansen co-coordinates Observatorio Petrolero Sur (OPSur), an Argentine organization that has fostered the debate around energy for ten years. He holds a bachelor’s degree in Communication Science and a master’s degree in Social Science. He has written several papers and book chapters critiquing the Argentina energy model, particularly in regards to the socio-territorial conflicts derived from oil exploitation.

Cecilia Sandra Bianco is a quality control and an aeronautical mechanical engineer. She has several publications on chemical substances and their impacts on health and the environment. She is a member of these organisations: – the Council of Regional Advisors, Regional Prosecutor’s Office 2 of the Province of Santa Fe; the Academic Committee at the Center for Environmental Policy Studies of the School of Political Science and International Relations, the University of Rosario, and the Research Council at the Santa Fe Cancer Control Agency. For over 15 years, she has been the coordinator of the toxics area of Taller Ecologista, a civil association based in the city of Rosario, Santa Fe.