Last Wednesday, August 28th, a mobilization of 5000 people in Neuquén province, Patagonia region, was heavily suppressed by local police. Afterwards, houses of a mapuche community were burnt as retaliation by, apparently, affiliates of local government.

By OPSur.- The agreement [1] between Chevron and YPF needed Neuquén’s parliament ratification due to federal sovereignty over natural resources. Since civil society’s participation was not allowed at any stage, a pacific mobilization –organized by unions, mapuche Confederation, political parties and the Neuquén’s Platform Against Fracking, among others- was conducted to raise the voice against this agreement. The main issues expressed where fracking’s environmental and sanitary consequences, sovereignty violation and the possibility to export a strategic resource. 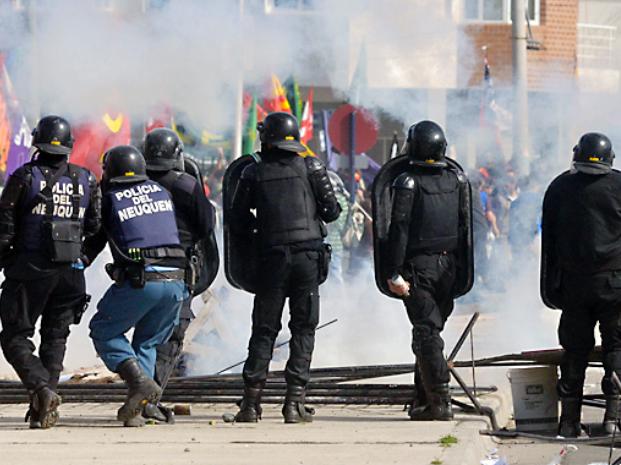 The mobilization that took place on August 28th was heavily suppressed by local police. In 7 hours of protests, more than 25 people were injured with rubber bullets and tear gas; one of them, a 33 year old teacher accompanied by his son, was hit by a lead gunshot in the chest. Several people were detained and lawsuits are currently maintained. In spite of the situation in the streets, that day the parliament approved the agreement with votes from MPN party (Neuquén’s government) and others [2].

On Thursday, ten thousand people were back in the streets marching against the suppression and the agreement. Nevertheless, between Friday and Saturday, four houses of Campo Maripe mapuche community, settled in the region of YPF-Chevron’s project, where burnt to the ground as retaliation. Until Sunday, mapuche people and other organizations occupied pits and held responsible MPN of the attack. They are preexisting indigenous people whose collective rights are being violated -mainly the right to prior, free and informed consultation established by ILO’s 169 Convention- and that already suffer decades of oil and gas sanitary, economic and cultural impacts. This and other legal violations have been a common practice in the whole process. 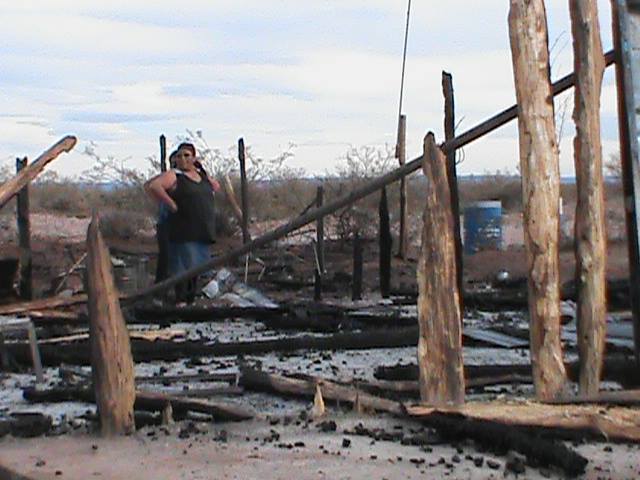 Nevertheless, population is alert and resistance is increasing. Nowadays, 15 local governments have banned fracking in 5 provinces and different actions are being held to stop the expansion. We want to alert international community about this situation, holding that Chevron’s investment is the tip of the iceberg. As YPF says, the final goal is to create an ‘energy exporter’ Argentina based on unconventional resources (shale, tight and coalbed methane); having as key technical and financial allies transnational companies. Shell, Exxon, Petrobras, Apache, Dow and Total, among others, are exploring Neuquén’s shale formations. Moreover, YPF intends to explore in neighbor countries (Uruguay, Bolivia, Paraguay and Chile) as it has recently announced in agreements with Ancap and YPFB.

[OPSur] A new context: unconventional power, resistances and the pursuit for other energy.

[1] For over 50 years, Neuquén province is being ruled by local party MPN; which has an extensive network in the Estate, media, companies and other power nodes in the region. An important sector of the party responds to the oil workers union, a historical strategic ally of companies.

[2] The project has as main operator YPF and it has two steps. The first one -12 months- is a pilot of 20 km² where the objective is to unconventionally drill 100 wells to extract oil and gas of Vaca Muerta shale formation. Taking into account the results, Chevron has the option to maintain and extend the agreement for an area of almost 300 km²: US$ 16,000 million of joint investment for 1,500 wells that could extract 750 million BOE in 35 years. In July and due to Chevron’s requirements, national government decreed (929/13) a promotional regime for hydrocarbon exploitation that aimed to increase international investment in unconventional formations; mainly creating flexible measures for exportation, partially tying local prices with internationals and awarding areas for 35 years. The goal is not only reduce current massive energy imports but also to valorize unconventional resources in the country -a top 3 global holder according to USA- for international market.