A round of tremors beginning on July 16 has its epicenter in the Argentine locality of Sauzal Bonito, a town in the southern province of Neuquén surrounded by a strip of locations where hydrocarbon exploitation involving fracking takes place. The situation could be worsened by the use of more aggressive tech-packs and the increase in mass exploitation. Damages, landslides and fear in the population—the other side of the “zero seismicity” promise. 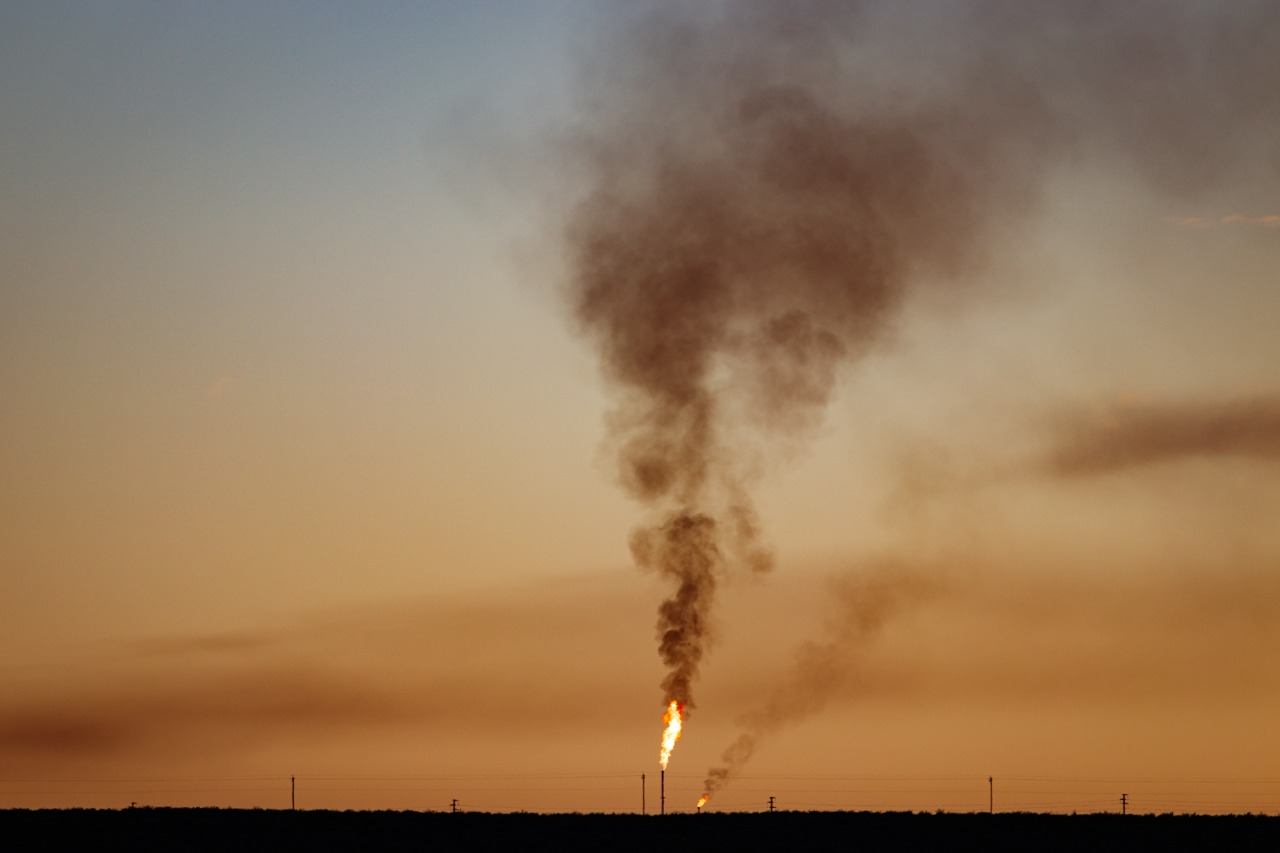 Photos and text by Martín Álvarez Mullally for OPSur.- / Translated by Gabriela Sinelli and Nancy Piñeiro

With the arrival of hydraulic fracturing equipment to north Patagonia, the ground has been moving as if trying to shake off the massive bodies of iron that inject millions of liters of water, thousands of liters of chemicals and several thousand tons of silica sand per well. Most companies continue operating even though the ground shakes. Except for some, such as Shell, that halts operations and then charges back. The reality in the Vaca Muerta unconventional play differs starkly from that promised by the state-run YPF less than a decade ago when its advertising campaign promised zero seismicity, which proved to be unavoidable.

The population of the area went from listening to uplifting speeches about jobs and development to living in distress. It can be seen in the messages they sent.

• “The whole house trembled, including the roof, as if it was being shaken.”
• “It was so strong, it is impossible to live like this, it took me a lot to write this message.” “The walls moved.”
• “You can’t get rid of the fear, this is horrible.”

Sauzal Bonito is a hamlet on the banks of the Neuquén river, located some 150 km from the provincial capital. The stories of its inhabitants account for the impacts of Vaca Muerta’s oil and gas activities on the population. All 300 families living in the area are struggling with anguish in fear of landslides. They say they had to run out of bed to get the children to go outside, in the dark, with temperatures below zero.

Sauzal Bonito is at the epicenter of the latest series of tremors starting on July 16, where 60 earthquakes of different magnitudes have been registered so far. The town is surronded by Tecpetrol’s Fortín de Piedra area; Pluspetrol’s La Calera; YPF’s Rincón del Mangrullo and La Ribera areas; Pan American Energy’s Aguada Pichana Oeste, Total Energies’ Pichana Este area; and Pampa Energía’s El Mangrullo. Some of these unconventional hydrocarbon locations are in stage of massive drilling and fracturing while others are completing exploration stage.

For a still nascent project, the consequences of fracking are considerable. According to the provincial government, only 6% of the 34 leased areas are in exploitation phase. And despite its low development rate, Vaca Muerta currently accounts for 30% of the extraction of crude oil, and 45% of gas —shale and tight— nationwide. The firm commitment of different governments came hand in hand with public policies providing millions in incentives resulting in more equipment to drill and fracture the surroundings of Sauzal Bonito and Añelo (located some 100 km north of the provincial capital).

As funding began migrating to green energy, fracking companies in North America started promoting new technological packages to lower costs. Simultaneous multiple fracturing or “simul-frac” is one of the latest of such strategies. YPF is carrying out tests in PAD 33 of the Rincón del Mangrullo area together with Halliburton, one of the largest service companies. PAD 33 is on the north bank of the Neuquén river, a few kilometers from Sauzal Bonito.

Javier Grosso, geographer and professor at Universidad Nacional del Comahue, says “Halliburton’s experiments with simultaneous fractures are very close to the epicenter of the earthquakes. On July 20 at 12.30 p.m. there was an earthquake located almost at the site. Space and time correlation is more than clear, that is why we urgently need to ask companies, whether fracturing or operators, for information on the number of fractures, and the time and days in which they carried those out, to establish a more accurate link. However, that information is not disclosed, there is a confidentiality agreement.” Grosso says it is a déjà vu: “42 earthquakes in three days in the town of Sauzal Bonito is a story that repeats itself. It already happened in January 2019 with 36 earthquakes in less than two days.” The same context for both events: plenty of operating equipment resulted in several tectonic movements that affected populations near fracking sites, houses were damaged, people panicked, the provincial State and the companies remained basically silent. After the earthquake swarm in 2019, four families had to have new houses built because theirs were at risk of collapse.

In November 2014, Sebastián Correa Otto and his research team from the Geophysical Seismological Institute of the University of San Juan installed eleven seismographs to carry out a research study: “Seismic Activity in the Neuquén Basin. Monitoring of Fracking in the Vaca Muerta Formation.” They collected data until July 2016 to assess base seismicity in the Añelo region and determine possible neotectonic activity —geological movements—, together with the links between seismicity and fluid injection used in the hydrocarbon industry. On November 19, 2015, they registered an earthquake of 4.2 degrees in southwest Añelo and determined it occurred on the Huincul High fault. Preliminary findings showed that “these are tectonic reactivations of the Huincul High caused by compressive efforts of the subduction active margin, which are controlled by the structural complexity of the High; or a possible reactivation of an old fault due to hydraulic fracturing activity and the injection of fluids in the area.” Correa Otto has recently stated in La Mañana de Neuquén that there is a direct relation between the oil and gas activity and the earthquakes. He also explained that there are places that cannot be fractured, due to pre-existing infrastructures and, more importantly, because the life of towns such as Sauzal Bonito can be affected.

For his part, Andrés Folguera, PhD in Geological Sciences, Senior Researcher at CONICET and Professor of the University of Buenos Aires, explained to Canal abierto that “fracking activity, regardless of its location, is known to be related to seismic induction, and that should come as no surprise.” One of the immediate concerns raised by the scientist is the lack of an earthquake prevention culture in the province of Neuquén, both in earthquake-resistant structures and in educating the population on this matter. In turn, he warned that “the possibility that these tremors increase cannot be ruled out, as it has already been the case in other places where earthquakes of between 6 and 7 points were recorded,” referring to areas of exploitation in the United States.

This year, before the last series of tremors occurred, the Environment and Natural Resources Foundation (FARN), together with the Mapuce community Wirkaleo and residents of Sauzal Bonito, filed a judicial protection measure. Santiago Cané is part of the legal team pushing the measure. When interviewed by OPSur, he explained: “The recourse aims to determine adequate measures so that earthquakes are not triggered by fracking, that is, that there is no seismicity induced both by fracturing and injection disposal wells.” Based on the evidence, he pointed out that “the State should halt operations, ban further injections and carry out the study we are demanding, in order to take the necessary measures to avoid earthquakes.”

Unlike the seismic swarm in 2019, this time the residents have no doubts, the oil companies are responsible. Mabel Panero is a neighbor of Sauzal Bonito and she is concerned about how this situation affects the children. “There is this horrible feeling, we live stressed out. After the earthquake you feel like dizzy, with headaches, low blood pressure, and the kids feel it too. They even perceive it before we do and live in a state of fear, when it shakes, they run out to the street. This is all because of fracking, although the oil companies don’t want to acknowledge that, and neither does the provincial government.”

Adrián Sandoval is yet another affected neighbor, he asserts that it has been since 2019 that they had so many tremors registered in such a short period of time, “while the companies were not operating there were no tremors,” he points out referring to the halt in operations during the pandemic in 2020. “Wise nature… It didn’t shake while the companies were gone,” he adds ironically, and remarks that up until now local authorities have only been there to survey the damage to homes: “In 2019, when something similar happened, they came with some plaster they put in the cracked walls to see if even then it kept breaking. All the plaster was gone because of the tremors.” Adrián believes neglect can be seen in the fact that the provincial government does not provide information, “we know [what is happening] thanks to the information we get from Chile and journalists who do some follow up. That is how this issue became known and provincial officials had to come here, otherwise they wouldn’t have even found out.”

Inés Fuentes is outraged that companies have brought more suffering than joy. “The companies doing this are not going to stop working. They should, however, at least help people to have a better quality of life, instead of taking everything with them, leaving nothing behind. Here we are, surrounded by gas wells, but we don’t have gas in our homes, no heat, we use firewood for heating and cook with gas cylinders.

“We need to go get firewood and some of us are elderly people,” she says with regret. “We need the gas, we need them to leave something for us, to do something for our people. We want the whole country and the national authorities to know what we are going through. Our place was a wonder, it was peaceful,” remarks Inés.

In addition to the housing damages, earthquakes caused rockfalls, which became a daily problem for the population. Néstor Moreno is a peasant living on the south bank of the Mari Menuco Lake. In October 2020, he was having lunch with his family when he felt two strong tremors in a row. According to the report by Red Geocientífica it was a 4.3 ML earthquake and it was felt in several locations in the area. “After that, we had this landslide,” says Néstor, pointing to a pile of rocks on the edge of a cliff. “Sheep that were most probably resting under the shade were trapped underneath,” he points out. In addition to this situation posing a risk for the population of the area, the geographer Javier Grosso warns that swimmers and fishermen take shelter from the sun while on the lake in summertime. In 2020, a large rockfall crushed a girl’s leg. A year later, fishermen managed to capture a rockfall in one of the cliffs with their phone cameras.

Susana Aranda lives at the town entrance in Sauzal Bonito; her grandchildren used to play by the foothills, where rocks pile up, but with the tremors they had to stop playing in the area or must be under constant adult supervision. She agrees with Néstor on the fact that there were landslides in November 2020.

The situation in Sauzal Bonito revealed a lack of transparency in public policies aimed at addressing critical issues surrounding the development of Vaca Muerta and fracking. The Neuquén government has the capacity, and obligation, to ensure easy access to public information, take immediate measures to stop the tremors and their impact, and provide aid for the affected population. However, it does not show any intention of going in that direction. Their position is the unfractured defense of Vaca Muerta.